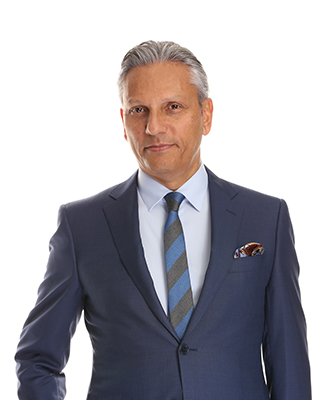 Firuz B. Bağlıkaya who was born in Istanbul in 1957 graduated from Ankara Hotel Management and Tourism Vocational High School and completed his undergraduate studies in English in Ankara University, School of Foreign Languages. In 1975 he started to work in the hotel industry while continuing his studies in Germany. As of 1985 he started his career in the travel agency profession in Ankara. In 1995 he worked as managing director in Detur International within the Dedeman Group. Mr Bağlıkaya continued his tour operator activities in Russia (1995), Finland (1998), Norway (1999), Sweden (2000) and finally in Denmark (2012).

Detur International has been the business partner of international organizations such as the European Basketball Championship (EuroBasket), World Golf Championship and Final Four. In addition, Detur International is the official travel agent of Euroleague. Detur, which annually hosts over 200.000 tourists from Northern European countries is among the most powerful tour operators of the region.

He was elected as the President of TÜRSAB during the 23rd Regular General Assembly of TÜRSAB.

He is Executive Board Member at DEİK – Foreign Economic Relations Board.

He is the President of Assembly of Travel Agencies and Tourist Guides at the Union of Chambers and Commodity Exchanges of Turkey (TOBB).

He is the President of İstanbul Lütfi Kırdar International Convention & Exhibition Center.

He is the President of Tourism & Travel Agencies Foundation (TURSAV).

He is the President of the Casa Garibaldi Art Center and Theater.

Firuz B. Bağlıkaya is married with four children and fluently speaks German and English.